He’d ask you what part of the city you grew up in, and then upon hearing the answer — and without skipping a beat — he would tell you which movie theater you used to patronize.

It was an unfailingly crowd-pleasing display of an understanding of both local geography and of New Orleans’ movie theater history, dating to the time in which dozens of neighborhood movie houses dotted the local landscape.

One of those theaters recently caught the eye of reader Price Lanier.

Well, Brunet already beat me to the punch on that count, with his definitive 2012 coffee table book “There’s One in Your Neighborhood: The Lost Theaters of New Orleans,” in which he and co-author Jack Martin give short historical sketches on dozens of old New Orleans theaters.

That being said, information on the Fine Arts Theater, which is the one at Constantinople and Baronne streets that caught Lanier’s eye, is scant in Brunet’s book.

We’ll remedy that for him today — and, in honor of the late Brunet, we’ll throw in the history of a second theater.

That second one would be the Pastime Theatre, which, according to a Historic District Landmarks Commission report, occupied the corner of Constantinople and Baronne — the site of the Fine Arts today — as early as 1900.

A rare photo of the wood-framed building, published in 1917 in The Daily Picayune, shows it to be a relatively simple, one-story clapboard building with a wide, arched entryway.

Although it and the Fine Arts strike very different profiles, the aforementioned landmarks commission report speculates portions of the Pastime may have been incorporated into the design of the newer theater — and there’s a certain logic to that.

In 1917, the Pastime appeared to be humming along successfully enough, showing up daily in the newspaper’s theater coverage.

Then, those ads stopped, and on July 8, an announcement appeared in the paper: “The Pastime Theater … will be closed and the present building will be dismantled to make way for the new Fine Arts Theater.”

“The exterior will be an Italian loggio,” The Picayune wrote, “with its columns and facades finished in stucco, equipped with approximately 800 opera chairs, a most modern ventilating system, the latest motor-driven projectors, gold fiber screen, and in the way of conveniences, they will have a beautiful ladies’ rest room, free running ice water, telephone service and other accessories. Twenty-two 16-inch oscillating fans will also be installed.”

Outside, three steps would lead from the sidewalk to the recessed entryway in which the box office was located. Over it stretched a central arch supported by four Tuscan columns. Above that is a frieze depicting gargoyle-ish faces.

Inside, the theater could accommodate both stage shows and movies, with a ”monster” Hilgreen-Lane electric action organ and a Steinway piano providing music. Green velour draperies lined the walls.

As was tradition in the age of flammable nitrate film, the projection booth was built like a bunker, with inch-thick concrete walls intended to contain any fires.

The “surprisingly elaborate” facility, according to the HDLC, “is easily the most original of the New Orleans neighborhood theaters.”

It was renovated in 1933, but in 1958, amid a general decline in the Baronne commercial district — and after 43 years of operation — the Fine Arts closed its doors.

The story doesn’t end there, though.

After operating briefly as the Booker T, a theater for Black patrons, it underwent a series of reinventions, as a live theater, a church, a warehouse for Martin Wine Cellar.

For a couple of months in 1992, it was rented by the art department for the TV movie “Kingfish,” starring John Goodman as Huey P. Long.

A time of transition

By that time, the old theater didn’t look much like a theater anymore. Its seats had been pulled out. The floor had been leveled. The fancy gold fiber screen touted upon its opening was gone.

One echo of the past, however: That monolithic projection booth, which had been left intact like a tiny museum, with its antique projector in place and scraps of film littering the floor.

After another restoration, the building operated for a time as the Fine Arts Center, a multiuse space.

More recently, the architectural firm Cicada has launched perhaps the most extensive overhaul of the Fine Arts since it replaced the Pastime — and in a way  that should win the approval of preservationists and movie buffs alike.

In addition to the repair of extensive termite and water damage, the inside is being reconfigured to accommodate commercial spaces. The façade — from the windows to the box office — are all being restored.

Best of all, the projection booth is also being preserved, antique projectors and all, for the enjoyment of visitors — and as a fitting nod to the building’s storied past.

Thanks to reader Price Lanier for suggesting today’s topic. Know of a New Orleans building worth profiling in this column, or just curious about one? Contact Mike Scott at [email protected]

20 Methods to Increase Your Photography Small business in 2022: Section 1 of 4

Wed Apr 27 , 2022
Expanding and sustaining a pictures business enterprise has by no means been for the faint of heart, but it is attainable to do if you have an superb, multi-faceted strategy. I not long ago collaborated with Lancaster, PA dependent headshot photographer Richard Waine to compile a listing of 20 methods photographers can […] 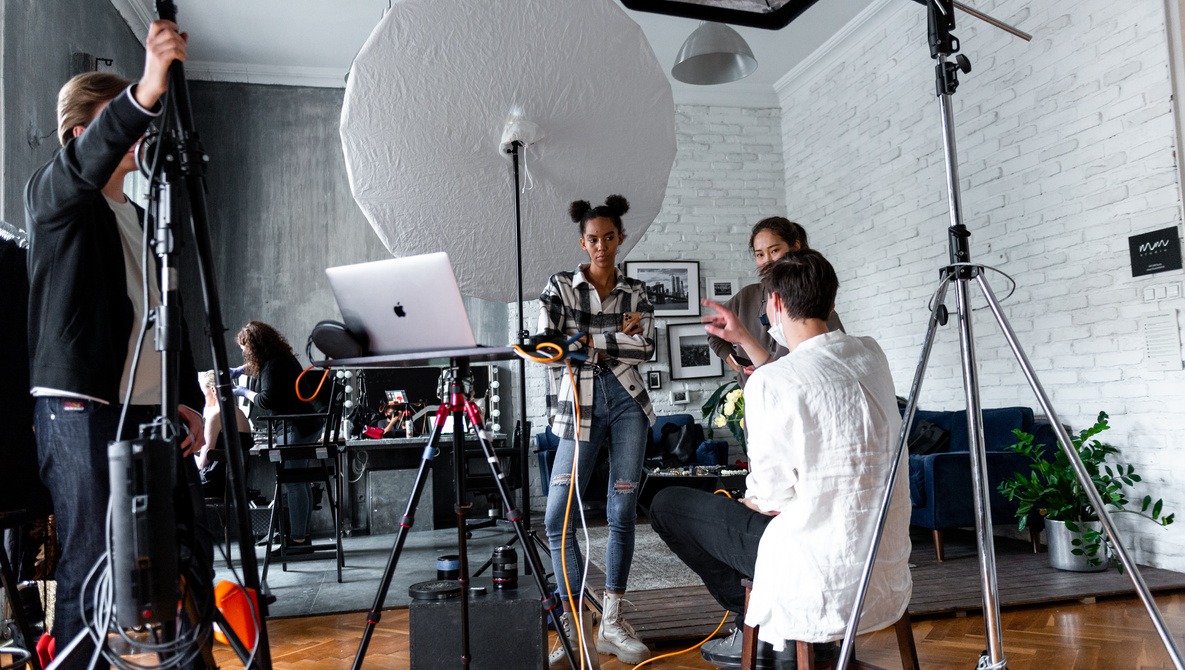