CHICAGO – On the 95th day of his 100-day rooftop vigil to build a community center designed to provide opportunities to his community, Pastor Corey Brooks wished to share his thoughts on drill music and the culture vultures that promote it.

What follows has been lightly edited. We strongly encourage you to watch the accompanying video so you may hear the pastor in his own words.

Drill music has been making the news lately. The New York City mayor recently blamed drill music for the rise in violence, including the killings of two young rappers in New York. Though this issue is making the news now, there’s nothing new about this for us on the South Side of Chicago, nothing new at all.

Right before me is the very home of drill music. Right before me are the projects where it all started. I know all of the rappers. I’ve worked with them all. I’m not going to name these rappers in this video because I don’t think they are the main problem for what we’re experiencing here.

Here’s why. These kids were born into abject poverty, the worst kind of poverty in America. A poverty prison, so to speak, where they’re surrounded by violence and gang banging and drugs. It’s all they see. They can’t see outside their culture as they grow up. Because of gangs, many of these kids can’t even see it because these kids never go more than four blocks north, south, west and east of their own block.

And drill music is all they know. Right before me, in the early 2010s, drill artists developed this new style of delivering their lyrics in a deadpan, monotone vocal style. While this delivery style is very understated, the lyrics are not. They’re violent, man, really violent. Drill means kill. These rappers make violent threats against rival gangs and rival rappers, and the end result is often death.

Matter of fact, all the work that we do is about being positive, but I don’t put most of the blame on these rappers.

What made drill music so powerful, and what gave drill music its staying power in America are the music corporations. The people that run these companies are what I call “culture vultures.” They feed off the misery of my people, and these culture vultures make millions off the deaths of black bodies. And they do this all the time while saying “Black Lives Matter.” Well, if they support Black Lives Matter, then why in the world are they glorifying black death, the senselessness of shooting and killing black bodies because of some music lyrics?

Sometimes I can’t even wrap my head around all of this senselessness. Sometimes I just have to take a step back and look at the whole picture.

Ever since I set up my ministry in this neighborhood 20 years ago, I’ve been fighting post-’60s liberalism. These liberal folks thought they knew how to fix our neighborhood. They bragged about how they were helping us when they were in reality creating black dependency. They bragged about how they were investing in our neighborhood when we clearly don’t see any fruits of that so-called investment around here. In other words, these liberals exploited black pain for their own personal and professional prestige. They never paid the price for the damage they did to our communities. We would have been way better off had they never tried to help us in the first place. That’s a fact.

Now, I’m seeing this very same thing here with drill music and the corporations and radio stations that profit off this music. These corporate folks, they’re all doing the same thing that these liberals do. They come in, they take this music, they put it on the air, they glorify it, they say it’s part of our culture! Are you kidding me? Killing rappers, you think that is part of our culture?

These people make millions off of these lyrics. I know it’s millions, because they pay these dirt poor rappers millions for these lyrics. What dirt poor kid is going to say no? What other options do these kids have that gets them insane wealth overnight?

I hold these kids responsible for their lyrics, but not totally responsible because if it were not for these corporations keeping the music alive and profiting off of the dead bodies, then what we’re seeing, what are experiencing, we would not even be seeing it at all.

I wanted to talk about this because this really fires me up. This drill music is exactly what I’ve been fighting against for the last 22 years. I’ve been trying to teach kids here in America what values and principles are all about. I’ve been saying to them how important it is to take advantage of opportunities and make the best of their lives in the midst of poverty, trying to let them know that they can do it.

And then here we are in the grasp of this post-’60s liberalism and these bad policies. And we have to go against this drill music that teaches the opposite values. And I have to give eulogies for drill music victims.

It makes the work that we are doing very difficult. So we need to expose these corporations, these radio DJs for what they truly are: culture vultures. They feed off the black pain, that’s what they’re doing.

As for me, the work continues every single day. My team and I will never stop our work. We know we are doing the right thing. We know these corporate and radio stations have all the money in the world and will dismiss our complaints. Let them, but we will never stop doing our work. The culture vultures promote death. We promote life. That’s all I wanna say about this.

Follow along as Fox News checks in Pastor Corey Brooks each day with a new Rooftop Revelation.

Eli Steele is a documentary filmmaker and writer. His latest film is “What Killed Michael Brown?” Twitter: @Hebro_Steele.

Mon Feb 28 , 2022
Every year when the Oscar nominations are announced, I have fun keeping an eye out for a particularly rare phenomenon: the “lone screenplay” nominee—that is, a movie that’s recognized only in the category of Best Original Screenplay or Best Adapted Screenplay. While every member of the Academy of Motion Picture […] 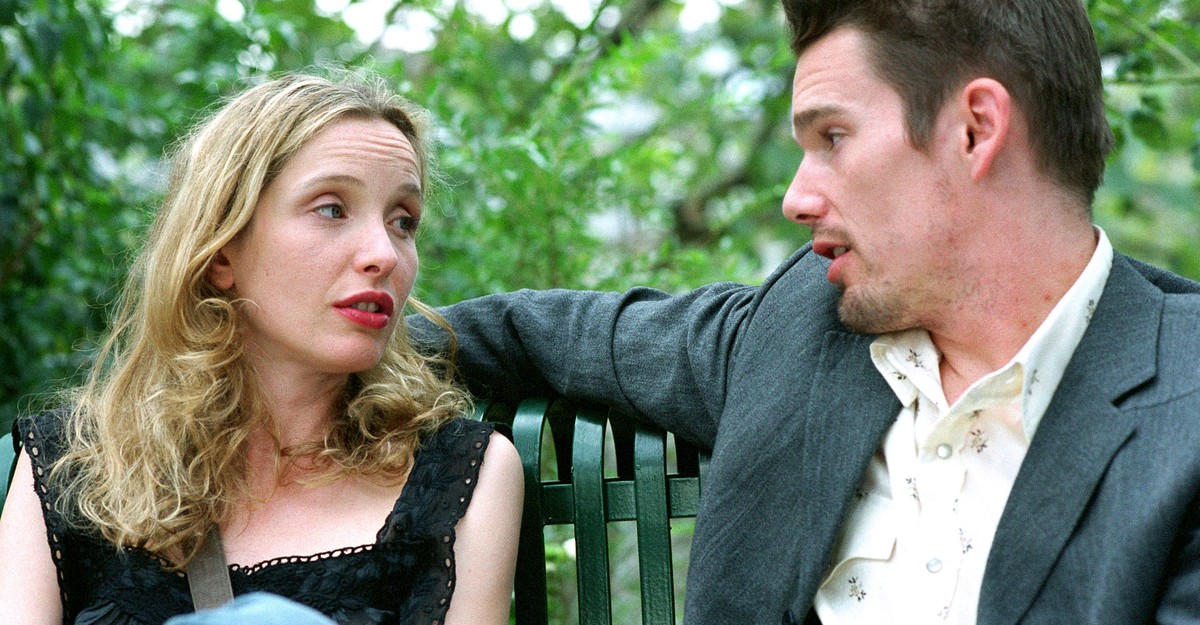