John Noltner and his wife, Karen, sold their Bloomington home last fall, bought an RV and headed out to find an increasingly precious American resource: peace. Noltner, 54, moved to the Twin Cities from Wisconsin in 1992 and spent three decades as a freelance photographer for magazines, nonprofits and corporations. To counter a growing divisiveness he witnessed as he traveled, he launched “A Peace of My Mind,” a multiyear, multimedia arts project sharing stories of the courage and kindness of everyday people. Below, he talks about his latest project, how he ended up on a shrimp boat and why he remains optimistic.

Q: You say that your newest book, “Portraits of Peace: Searching For Hope in a Divided America,” is your story. Please say more about that.

A: In the first two books in my “A Peace of My Mind” series, which began in 2008, I shared the stories of others. After a decade of telling other people’s stories, I realized I had something to say as well, something about taking risks, encountering differences, and being a better ally. So “Portraits of Peace” is my story, the back story of the wisdom and beauty of those I encountered, and the lessons I learned along the way.

Q: You’ve traveled 40,000 miles to pursue this project. How many months did that take?

A: The 40,000-mile journey took place over about three years; my wife, Karen, and I hit the road last fall to gather more stories for this ongoing series. There were about nine trips ranging from two weeks to five weeks. The project was self-funded, so we fit it in between paying projects. Sometimes I camped, stayed with friends, stayed with strangers, an occasional hotel. I spent one night on a shrimp boat in the Gulf of Mexico and another in a burnt out RV in a subject’s backyard. I’m pretty low maintenance. And frugal.

Q: Was there a specific moment, or just more of a growing sense of sadness, that it was time to make this journey into a divided America?

A: I’ve had a growing awareness of the issues of division we face and an increasing desire to try to respond in some way through my storytelling and art. What started as a small personal project has grown and evolved as it demanded more of my time and as we have found new ways to use these stories to engage communities.

Q: How might you gauge “success” now that the journey is completed?

A: At the beginning, my goals were a little vague. I had a general sense that storytelling could be used to bridge divides but I wasn’t entirely certain what that would look like. It was only over time that I started seeing the potential to use these stories in a public forum to encourage productive conversations around challenging issues. Our ongoing goal is to encourage people to listen deeply, challenge their own expectations and continue to come to the table as we learn to live better together.

Q: Did you start out with a definition of peace and, if so, did it evolve over this journey?

A: I think at the outset, I had a strong activist mind-set. My definition of peace was rooted in the larger sense of justice. And that remains true today. But my definition has grown to include a strong sense of community. In Paul Wellstone’s words, “We all do better when we all do better.”

Q: What were some compelling or surprising definitions of peace that came from those you met?

A: I continue to be moved by people who choose to forgive in unforgivable circumstances. So, people like Penina Bowman, who lost both of her parents and 42 members of her family members at Auschwitz, who talked about how hard it was to find peace in a place like that but also how she made a decision not to hate because, she said, “Hate is a powerful weapon and it is intended to destroy someone else, but it comes back and destroys you instead.” People like Bud Welch, who lost his only daughter in the Oklahoma City bombing and eventually met and befriended Timothy McVeigh’s father. Bud worked against the execution of Timothy McVeigh, having realized that he would get no sense of relief, no sense of peace, from the loss of one more life.

Q: What mistakes did you make when engaging with people along the way?

A: Early in the process, an Ojibwa woman approached me after an exhibit and said, “Why don’t I see any Indigenous faces in this collection? Are we not important?” Likewise, a mother with a child using a wheelchair asked, “Are there no people with disabilities in your project? Do we not matter?” So it became my job to be intentional about inviting those voices in. I had to acknowledge my own blind spots and see outside of my own circle to a bigger picture of the world if the project was going to uphold the goals of recognizing the humanity inherent in each of us.

Q: Did you ever feel unsafe?

A: Not really. I have traveled to 48 states and 38 countries in my career. I have come to trust the kindness of friends and the goodness of strangers.

Q: Did you ever lose faith in America or Americans?

A: It would be dishonest to say I don’t get frustrated and lose hope from time to time, like everybody else. I am concerned about increasing polarization. I am frustrated at the slow pace of change. What gives me hope is being out in the world, spending time with people who are doing the hard work of getting us there. The work of caring for one another. Fighting for justice. Healing wounds. This is what gives me hope and encourages me that we can do better together.

John Noltner will speak and exhibit his work at a free event Dec. 2 at 7 p.m. at Bethlehem Lutheran Church in Minneapolis, 4100 S. Lyndale Ave.

Sat Nov 27 , 2021
British artist Damien Hirst, who recently designed the album cover art for Drake‘s chart-topping Certified Lover Boy>, has announced that he is turning it into 10,000 Ethereum NFTs. According to Decrypt, those who are holders of Hirst’s The Currency collection, which launched earlier this summer in July, were “airdropped” these […] 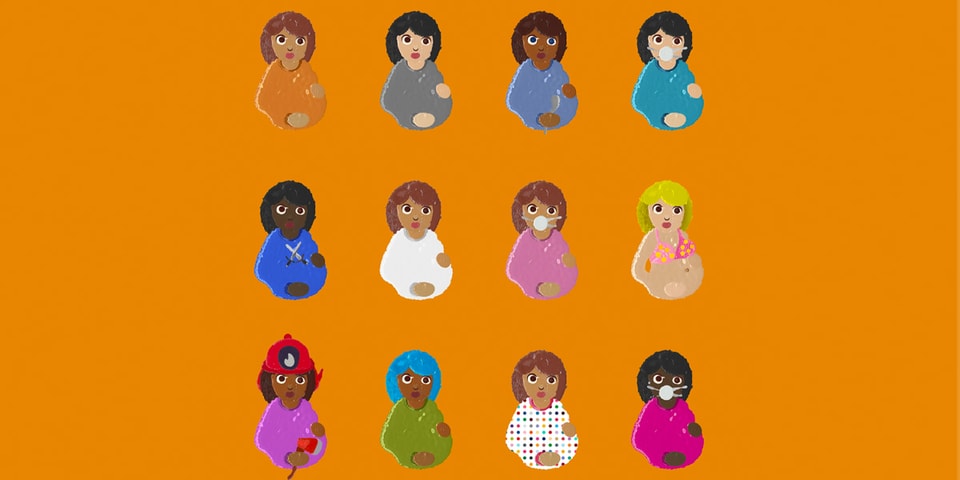