With Spider-Man: No Way Home, Disney has at long last acknowledged that Marvel movies didn’t begin and end with the Marvel Cinematic Universe (MCU). Doctor Strange in the Multiverse of Madness’s recent reshoots are rumored to have added even more crossovers and cameos, so there’s the possibility the media giant will be digging further into Marvel’s cinematic and televisual past.

But there are a few lesser known Marvel-based movies that will almost certainly remain off limits, including one that was, apparently, never intended for public viewing. Let’s just say that Marvel didn’t always have quite the same expansive vision, or such a tight grasp on their characters.

You might be aware of 1979’s Captain America, or the 1989 Dolph Lungdren vehicle The Punisher. Maybe you’ve even watched them, baffled by how little they have in common with the characters and comic books they’re supposedly based on. That’s just the tip of the iceberg, however. None of these movies would have made it into our best Marvel movies rankings, but they’re interesting artefacts in their own right.

So, pick up your “Hela was robbed” mug and allow us to introduce you to five Marvel-based movies you’ve probably never seen. And if you’d rather check out the Marvel movies that were made for human consumption, our Marvel movies in chronological order guide will walk you through the entire MCU.

Before What If…? introduced us to Party Thor, there was… the Incredible Party Thor. Confused? I’ll explain. The Incredible Hulk Returns was, ostensibly, a TV movie continuing the story of 1978 series The Incredible Hulk, but it also was intended to serve as a back-door pilot for a Thor series, hence the introduction of Eric Kramer as Thor.

Kramer’s Thor is every bit as ridiculous as What If’s Party Thor, perhaps even more so. He laughs himself silly as he hurls his hammer at a car, drunkenly starts a bar fight, and, as Steve Levitt’s Donald Blake puts it, “Lives for every second, the hell with tomorrow… the worrying he leaves to me.”

The Thor series failed to materialize, though it didn’t stop NBC from trying again with The Trial of the Incredible Hulk which featured Rex Smith as Matt Murdoch/Daredevil and John Rhys-Davies (yes, Gimli from The Lord of the Rings) as Wilson Fisk/The Kingpin. You can probably guess what happened to that.

You can rent or buy The Incredible Hulk Returns at Amazon or watch What If… Thor Were an Only Child? on Disney Plus.

Another TV movie that was intended as a pilot (but didn’t get picked up), Generation X is an entertainingly daft low-budget take on the X-Men. It’s set in Xavier’s School for Gifted Youngsters though there’s no sign of the Professor; instead, Emma Frost (The White Queen) and Sean Cassidy (Banshee) are in charge.

Their students include a clearly non-Asian Jubilee and Matt “Max Headroom” Frewer chews up the scenery as the villain of the piece. It’s notable for using Hatley Castle, the same mansion featured in several later X-Men films, though its lack of money really shows, more so than The Fantastic Four; the scene where Jubilee walks in on Buff is so absurd it just has to be seen to be believed and the “Dream Machine” is actually a multi-axis trainer.

Generation X is only available on VHS, but you can rent or buy X-Men: First Class at Amazon.

Marvel’s Man-Thing and DC’s Swamp Thing are both humanoid swamp monsters, but Man-Thing is typically portrayed as a barely reasoning beast. So, it’s fitting that 2005’s Man-Thing movie made him the bogeyman in this environmental horror story about a greedy corporation acquiring a Native American tribe’s land.

There’s a definite effort to make Man-Thing look like H.P. Lovecraft’s Cthulhu, though, fortunately, there are plenty of practical effects. That said, Man-Thing fails to use his most famous ability which is to burn people who are afraid of him. “Whatever knows fear burns at the touch of the Man-Thing” goes the catchphrase which the producers could, at the very least, have slapped on a T-shirt.

You can buy or rent Man-Thing at Amazon.

1994’s The Fantastic Four is an amazing tale, and I’m not talking about the movie’s premise. Sure, its story does the job, relating the origin of the Fantastic Four and setting them up to fight Doctor Doom, much as the 2005 movie did. It was co-executive produced by Roger Corman who, famed for his low budget productions, agreed to do it for a meagre $1 million.

Though the actors deliver some decent performances, the movie’s limited budget is in evidence, from the “Lego on a stick”-style stretching effects, to The Thing’s sub-par special effects make-up. If it wasn’t for the use of some very shoddy Lawnmower Man-level CGI, you’d think it was made in the 80s.

However, what truly stands out about The Fantastic Four is that it was an “ash-can project,” and was never, ever released. There’s an absolutely fantastic documentary about the debacle which you can rent or buy on Amazon called Doomed! The Untold Story of Roger Corman’s The Fantastic Four, but the short version is that German producer Bernd Eichinger had the rights to a Fantastic Four movie.

The rights were set to expire at the end of 1992 and it’s been alleged he produced the movie to hold onto those rights a little longer. In truth, it’s unclear as to who really knew 1994’s The Fantastic Four wouldn’t see the light of day, but it’s one of cinema’s strangest tales.

Speaking of strange, 1978’s Dr. Strange stars Peter Hooten as Strange and mines Arthurian legend and Marvel’s villain catalogue to pitch him against Morgan Le Fay. We suspect this was down to monetary considerations, which might also explain why, as ScreenCrush’s Mike Ryan has pointed out, it comes across as a medical procedural.

In fact, it reminds us of nothing so much as Garth Marenghi’s Darkplace, right down to the trippy effects. Strange himself isn’t particularly likeable and, unlike the MCU’s Strange, he’s basically handed his power. The film was intended as a pilot so it’s possible his character would have grown over time, but the series was never made.

Fri Jan 28 , 2022
Lansing — The Michigan Home on Thursday voted 96-6 to push through a $184.6 million supplemental paying out invoice that would benefit conference and guests bureaus, restaurants and physical fitness facilities pressured to shut down all through the pandemic. The supplemental takes advantage of federal COVID reduction cash to finance a wide […] 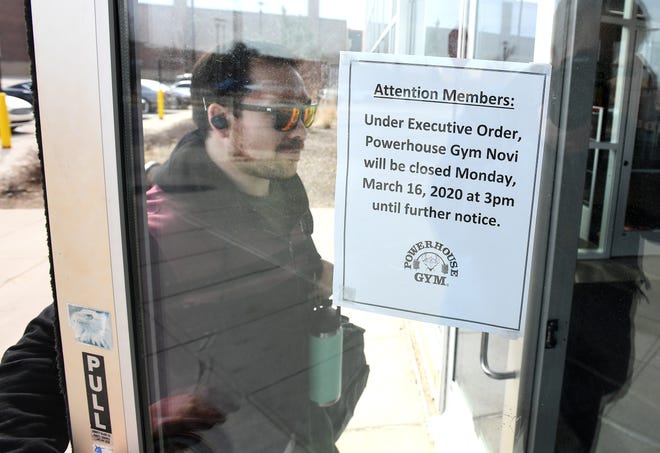