If you don’t know what Jane Campion’s film The Power of the Dog is about, here’s a fun experiment: Try to guess its genre based on the music by Radiohead guitarist Jonny Greenwood, the chief classical aficionado in the world’s most respected rock band. Made using a chamber ensemble of piano, strings, winds, brass, and more, the soundtrack is quite grand, full of noble brooding and tormented ecstasy, all in a sternly beautiful modernist mode. These 16 brief yet substantial themes run over darkly lustrous slopes and ominous plains, with each landscape seeming to spill into the other. Their uneasy but graceful unity even accommodates the occasional starchy old avant-garde outburst. It’s all very 20th century and fine and European. Now, raise your hand if you guessed the film’s a Western. No one?

The clever thing is that once you know, you can hear it everywhere in Greenwood’s score: in the cantering acoustic guitar trail laid through sharp-peaked strings on “25 Years,” in the brass that evokes a harmonica’s call and fall on “Requiem for Phil,” and even in the chromatic enfilades of “Detuned Mechanical Piano,” which suddenly seems less like Conlon Nancarrow and more like a player piano running amok in a saloon. Throughout, Greenwood uses the steeliest points of the classical canon to carve canyons and buttes into the hard, treacherous shape of a psychological metaphor.

Of course, this is not his first rodeo, in several senses. Greenwood has scored many films, particularly for Paul Thomas Anderson. Like the latter’s There Will Be Blood, Campion’s movie is also set in the American West at the moment when its physical frontiers began blurring into legend. That score superficially resembles Greenwood’s music for The Power of the Dog, though it was more busily cinematic, grandiose—and, yes, stereotypically masculine.

The Power of the Dog marks Campion’s return to cinema after 12 years and a stint in prestige TV with Top of the Lake, a chilly crime drama set in her native New Zealand. Though her filmography is merrily idiosyncratic, she’s especially known for reviving the romance of Old Hollywood period dramas with incisive contemporary characterization, and with the perspectival benefits of not being some cigar-chomping man. She also seems drawn to the pungent tidepools of humanity that form on the borderlands of the social and the wild.

In The Piano, Campion’s 1993 breakthrough, a woman with a daughter marries a landowner in a remote part of mid-19th-century New Zealand. In The Power of the Dog, a woman with a son marries a rancher in a remote part of early-20th-century Montana, unleashing the havoc of feeling into the manful, stunted world he inhabits with his brother. Throughout, Greenwood’s music mirrors the counterintuitive sensuousness and sophistication of Campion’s casting (extra credit if you guessed Benedict Cumberbatch as the lead cowboy); he cultivates a consistent sense of disturbed introversion through the plosive box step of “Prelude,” the reaching brass tendrils of “The Ravine,” and other tinctures of wonder and dread.

In a way, Radiohead have always been a postmodern prog-rock band, with sleeker taste and different tech than their ’70s forebears, but with a similar interest in smuggling Stravinsky and Messiaen into popular music. Greenwood must be the only artist who has both headlined Coachella and collaborated with Krzysztof Penderecki, the Polish composer whose turbulent tone clusters he often evokes in The Power of the Dog. When those shivers course through the strings, it might be the cry of night-veiled coyotes or a wail at the edge where one world ends and another begins. That double image perfectly exemplifies Greenwood’s own synthesis of pulp-Western brawn and refined symphonic emotion.

Catch up every Saturday with 10 of our best-reviewed albums of the week. Sign up for the 10 to Hear newsletter here.

Sat Nov 27 , 2021
John Noltner and his wife, Karen, sold their Bloomington home last fall, bought an RV and headed out to find an increasingly precious American resource: peace. Noltner, 54, moved to the Twin Cities from Wisconsin in 1992 and spent three decades as a freelance photographer for magazines, nonprofits and corporations. […] 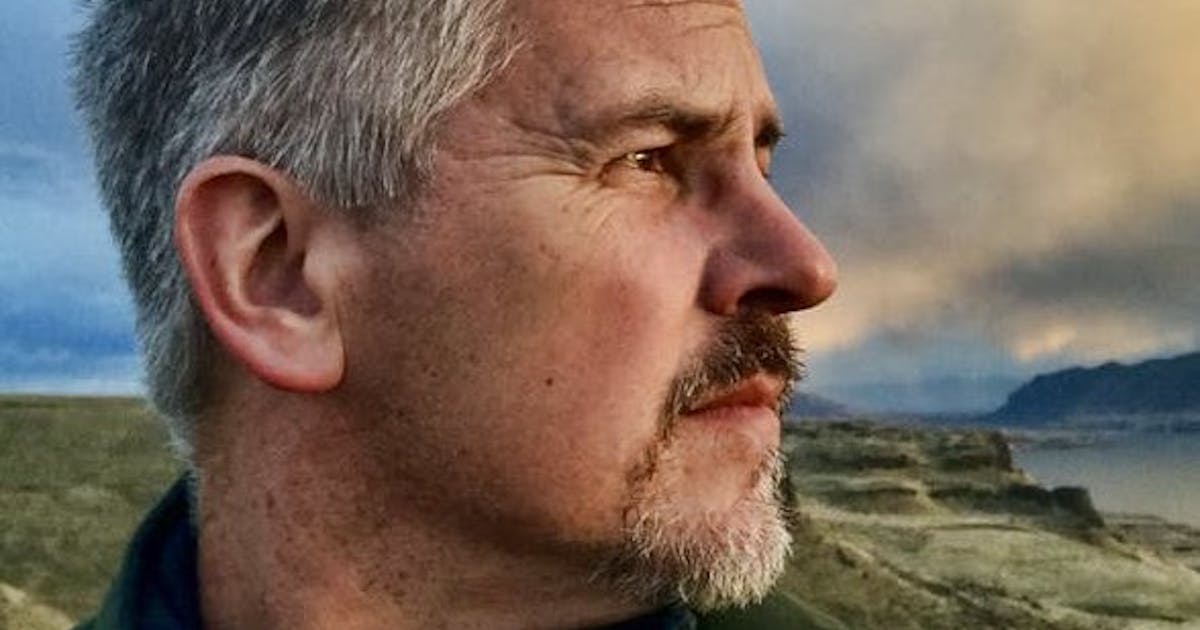