For people who live, work and play in downtown Oklahoma City, the white tents and colorful banners popping up in Bicentennial Park are as welcome a sign of spring as beds of blooming tulips and daffodils.

“We’re finally getting back to normal, the return of the rite of spring,” said John Semtner, co-chair of the 2022 Festival of the Arts.

“For those of us that erected (those tents) last year in 100-degree weather, we’re very appreciative of the cloud cover right now.”

After it was canceled in 2020 and shifted to June in 2021 due to the COVID-19 pandemic, downtown OKC’s long-running Festival of the Arts is popping up in its usual April dates and times this year. An estimated 750,000 people visit the free festival every year.

More:Turnpike Troubadours to return from hiatus with Oklahoma shows

The flagship event for the nonprofit Arts Council Oklahoma City, this year’s festival will showcase 144 visual artists, more than 140 performances and nearly 30 food vendors April 19-24 in and around Bicentennial Park, between the Civic Center and City Hall.

The 56th annual event will mark the return of some favorite festivities that didn’t make the cut in 2021 for either COVID-19 safety or other factors related to the time shift.

Here’s what to expect at the 2022 Festival of the Arts:

The familiar International Food Row tents are out of storage, and festivalgoers can expect to find 22 of them lining Couch and Colcord drives flanking the Civic Center during the event.

“Last year, we had food trucks for COVID safety, so we could spread everybody out,” said Kristen Torkelson, 2022 Festival of the Arts co-chair.

Although a few snack carts will serve up treats like roasted nuts, ice pops and Dippin’ Dots, food trucks will be onsite at this year’s festival.

“The only difference from years past is that the Civic Center is doing construction on their northwest corner, so you’ll see our northern side along Couch is a little compressed. But other than that, it’s the same as it’s been in years past,” Semtner said.

One of the signature dishes of the festival, Strawberries Newport will be back on Food Row after it went missing last year. Since strawberries are in season in spring and not summer, the beloved delicacy’s 2021 absence was understandable.

But devotees of the dish — which layers puff pastry, custard, fresh strawberries and whipped cream — will be thrilled that they can get their fix again.

New culinary offerings are a favorite festival tradition, and foodies can look forward this year to cheesy delicacies from Tom & Chee OKC. The grilled cheese specialists will be dishing up their Bacon Mac & Chee, Ham & Chee and the CBD, which stands for “Cheddar, Bacon, Donut.”

Oklahoma State Fair favorites The Bacon Habit will make their first Festival of the Arts appearance serving up bacon-wrapped hot dogs and chicken.

“I’m really excited about that one,” Semtner said. “Hopefully, they can kick out the wonderful hand-pulled noodles that they had last year a little faster than in their small truck.”

Each festival food vendor partners with a local nonprofit arts organization, which provides volunteers so that the group can share in the proceeds.

“There’s more awareness now of space and how we use the space,” said Seth Lewis, director of the Festival of the Arts. “Spreading out and giving more space to programming is something that’s definitely high on our mind still.”

The space surrounding City Hall now will be a dedicated Children’s Area, where people can find favorite family-friendly attractions like the Children’s Art Field, where youngsters can make their own masterpieces by buying $3 art supply packets; the Creation Station, a collaborative community sculpture project; and the beloved Pottery Place, where festivalgoers can buy and glaze their own raku pot.

More:This OKC cowboy museum got a tattoo license for a history exhibit. Here’s why.

Some offerings that were left out last year as COVID-19 precautions also will be back in the new Children’s Area.

“Face painting is back. Our Young At Art Mart, where the kids can go and buy art without their parents’ supervision, is back,” Lewis said. “We’re very grateful for the city for allowing us to use … City Hall lawn.”

It went missing in 2021, and Lewis said the culinary arts demonstration tent remains on hiatus.

“Chefs and the hospitality industry have been hit so hard by the pandemic, and they donated their time and their services to do that. I just don’t think it’s the right time to ask them to give more of themselves than they already are just to get through their own plates,” he said.

More than 200 entertainers of all ages will perform on three stages over the six-day festival.

But an official street performer will no longer be among them, Lewis said. Organizers are leaving the longstanding tradition of bringing in a national or international street performer to wow the crowds and focusing instead on paying the Oklahomans who in the past have volunteered their time and talents to the event.

“All of our stage performers are being paid this year, and this makes sense to us when we talked about it as an organization. While it’s a great opportunity to showcase your talents on our stages, you’re still an artist and you deserve to be paid,” Lewis said.

“So, we made some adjustments to our budgets. … It’s just a stipend, but as a little token of our appreciation, there’s a financial gift for our performers.”

With the switch last year to food trucks, Patience Latting circle drive around City Hall was closed to traffic during the 2021 festival. That street will be open this year, which will make it easier for festivalgoers to access the Arts District parking garage.

“The Sheridan-Walker garage will be open, too, and there’s plenty of street-side parking … and private lots all around,” Lewis said.

The OKC streetcar will offer free rides April 19-24 to help with transportation during the Festival of the Arts and the Oklahoma City Memorial Marathon weekend. Find a service schedule at http://okcstreetcar.com.

Popular OKC guitarist Edgar Cruz will perform during the festival’s Opening Ceremony at 11 a.m. Tuesday on the Main Stage in the center of Bicentennial Park.

Local TV personality and performer Lucas Ross will be the ceremony’s emcee, and OKC Mayor David Holt will make an appearance.

Admission: Free. Pets are not allowed

A Search Back again at 'Diana & Nikon: Essays on Photography' by Janet Malcolm

Tue Apr 19 , 2022
If the variety of obituaries written about someone is any evaluate of their impression on culture, Janet Malcolm was a large hitter. Google lists a lot more than 40,000. In advance of passing in 2021, Malcolm was a team writer at the venerable New Yorker journal for just about 60 […] 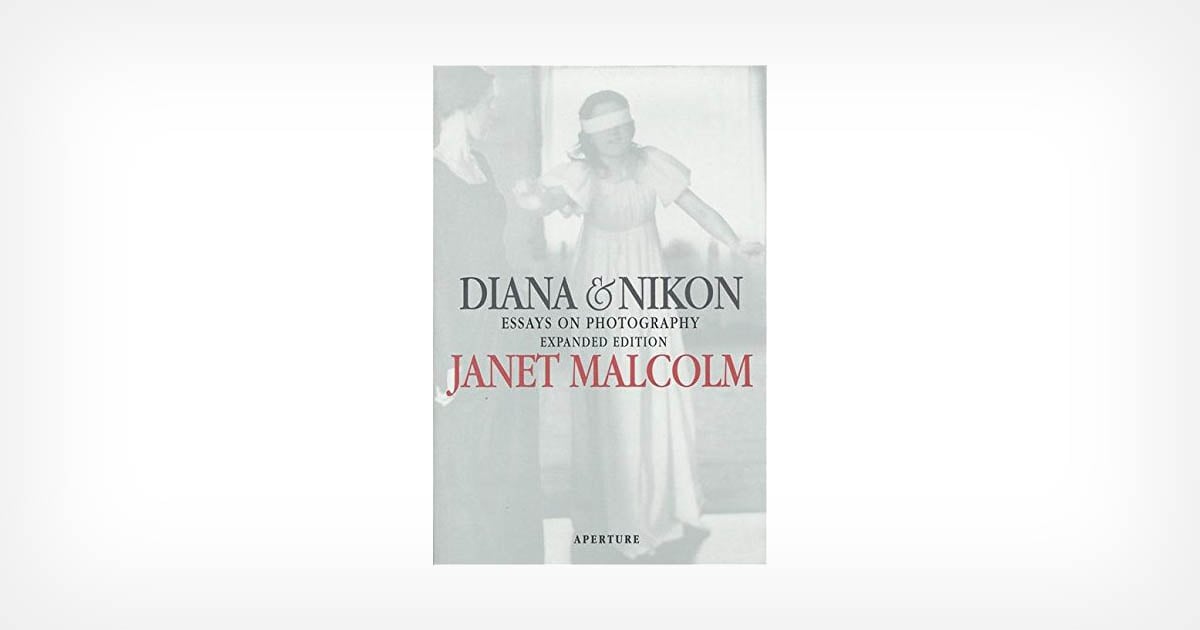