I stopped watching awards shows as a kid because of so many reasons that have led to so many hashtags. The Oscars specifically have a history of ignoring POC, women, and horror films. So it’s not really a surprise that there are countless excellent horror movies snubbed by the Oscars. The genre is constantly being disrespected by award shows simply because of genre biases that no one wants to talk about. Well, I want to talk about it! I want to talk about it so much that I made a streaming guide to help us celebrate some of the movies that deserved to be recognized. These movies are streaming on the usual suspects, and would’ve probably been nominated if they didn’t fit so well under the horror umbrella.

Where You Can Watch: Shudder and Tubi

I don’t know what else Ana Lily Amirpour could’ve done to get an Oscar nom for this. This film is a masterpiece. She wrote, directed, and even acted in what is cinematic gold. The Academy really looked at this and said, “Nah.” It’s almost as if they think we have an abundance of vampire-western movies. Ones that follow a character (The Girl played by Sheila Vand in an AMAZING performance) wearing a hijab and cleaning up ghost towns. If somehow none of those things grip a nominator, the film is black and white and also has gorgeous cinematography. I don’t understand! What part of this experience didn’t scream, “For your awards consideration”? I would love the Academy to explain itself.

Where You Can Watch: Showtime

Toni Collette became the embodiment of grief and the Oscars looked at her like I do my empty fridge. How does someone watch her monologue in the grief group, and then listen to her screams over the death of a child, and pretend this snub is justified? She gave us the best performance, in a career filled with nothing but stellar performances. She also is being supported by Ann Dowd. I would’ve nominated the email that notified me those two were in the same cast. They gave us two of the best performances I have ever seen in the genre and were ignored. The Oscars also treated the production design as if it was as basic as I am. Were we not looking at the same ceilings? Were we not in the same miniature house?

Where You Can Watch: Netflix

This movie deserved an award for every hole in the house where the two main characters are forced to stay. Where do I even begin the list? Maybe Remi Weekes’ screenplay and direction. I love a lot of movies from 2020, but this jumped into my top five and never looked back. If you asked the other filmmakers on that list they would probably also put this movie above their own. If you somehow skate past the script and director, Wunmi Mosaku and Sope Dirisu are giving award-caliber performances. Maybe you hate actors and are a technical person though. Then let’s talk about the isolating and haunting cinematography and how it was basically the third character of this film. The Academy has Netflix and access to screeners, right? So I’m not sure how this movie was so blatantly snubbed without a thorough investigation into award show fuckery.

Where You Can Watch: Shudder and Tubi

Karyn Kusama didn’t even get nominated for an Oscar. That’s one of the billion reasons I don’t believe in awards shows anymore. Even with the Academy being late to discover that women direct movies too, you would think there would’ve been a nomination. She perfectly navigates this group of actors through the best performances of their careers and the Oscars said, “Who dat?” Not only is this movie phenomenal but it’s about grief and gives so many moments to actors to play with. This is another one where I believe so many people on the design side of the production should’ve also been noticed. The movie is a mood and an experience. It is worthy of so much love that it was denied because of Oscar biases.

Duane Jones was robbed. I repeat, robbed. Jones gives one of the best performances of his day. He was also one of the few Black men to lead a film with an otherwise all-white cast. That was basically unheard of in the 60s and his performance was outstanding to boot. The Oscars still have problems recognizing Black people in movies that aren’t steeped in racial trauma almost 60 years later. So, it’s not surprising they ignored him and this movie. George A. Romero should’ve also been nominated for direction and cinematography while we’re here. Yet here we sit with this movie trying to understand how this movie was ignored. This film is in the DNA of so many movies from all genres. However, no one thought to nominate it for an Oscar even though it deserved at least two.

Where You Can Watch: Netflix

How does one look at these costumes and not give a nomination? Even if you don’t like the movie, the design elements are stunning! To not give anyone on the team a nomination is criminal. You can literally watch the movie without sound and it still stands on its own as art. I would’ve also given Guillermo del Toro an Oscar nomination for this one. Again, even if it’s not the movie for you, he’s got a gift for creating fantastic worlds and giving us a unique experience. The Shape of Water would get him his first wins in 2018, though. Pan’s Labyrinth was nominated but lost in 2007. I love a del Toro movie as much as the next person, which is why I’m still confused how the Crimson Peak design team wasn’t one of the first teams nominated for an Oscar that year.

This is one of two zombie movies on this list and it’s because it literally transcends genre. This movie comes in with what sounds like a flimsy premise and then gives you the zombies, action, and drama for days. Even if you manage to make it to the end without weeping, you have to have an appreciation for Gong Yoo and Ma Dong-seok (Seok-woo and Yoon Sang-hwa respectively). If the academy really cannot honor POCs on individual levels then they could’ve easily slid it into their “Best International Feature Film” category. It would’ve been the coward’s way out, but at least it would’ve meant that someone at least watched the film instead of writing it off as horror and refusing to engage. While the Academy slept on these two performances, I remember it and move up movies with either name on my list the second I recognize them.

Where You Can Watch: Shudder

Writer-Director Issa López gave us the most emotional magical realism-infused crime-fantasy that’s ever existed. This film makes me emotional just trying to tell people why they need to watch it. However, the Academy stepped right over it. Not only was López’s work ignored, but they also ignored the design team, and the cast of children that churned out performances more solid than quite a few adults that have been in the business for decades. I don’t do children, but I know it’s hard to get them to focus and think big picture. When we talk about how the Oscars snub Women of Color, we need to look no further than this film. There was literally nothing else that could’ve been done to make this more of an obvious choice for a nomination.

Where You Can Watch: VOD

We thought we saw Lupita Nyong’o at her best but she proved us wrong. Not only does she play two different characters, but this great film also rests on her shoulders as the lead. This was an obvious way for the Academy to show that they do watch movies. This would’ve also been a good way to signify any effort to nominate more Black people who excel at the craft. Sadly, this movie was overlooked for a variety of reasons that are explained best by Dread Central’s own Girl, That’s Scary The Academy needs to realize it’s not a good look to give an actor of this caliber one award for playing a slave when her entire career has been nothing but magnificent performances. The Oscars deserve every negative hashtag they get until they fix this and give her her flowers for something not steeped in racial trauma.

This is just 10 of the many horror films that would’ve gotten an Oscar if the awards actually cared about film. There are so many more that deserved a nom for so many different reasons that it’s maddening. Tell me some of your favorite Oscar-snubbed movies at @Misssharai.

Thu Mar 31 , 2022
The Each day Wire is planning a significant force into children entertainment, with what it says will be “a minimal of $100 million” investment decision above the future three yrs. Why it matters: The move, executives say, is in reaction to Disney’s positioning on Florida’s Parental Legal rights in Education […] 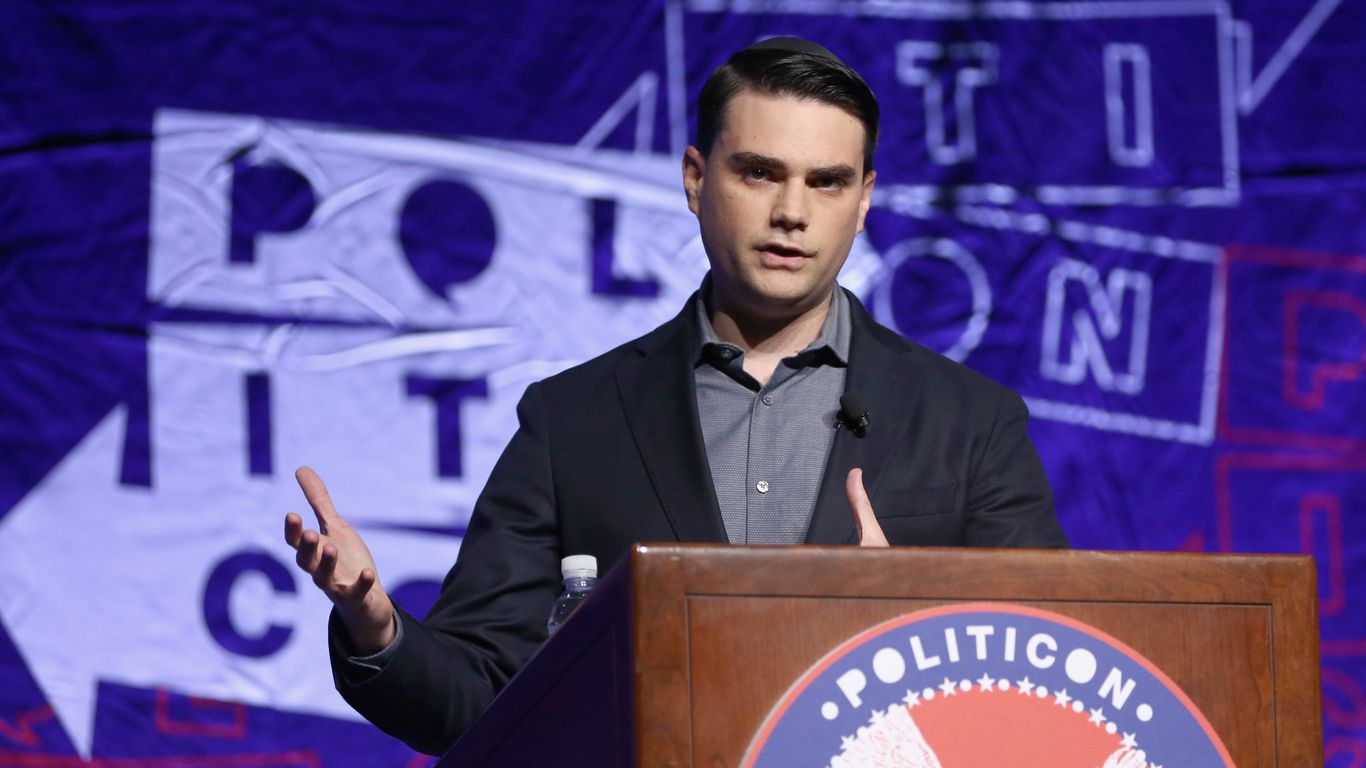