Netflix is serving up some incredible content this January in the form of films and specials that will do everything from take your breath away with immersive action and drama to transport you on an epic international and multi-lingual journey from the comforts of home. Whether you’re looking for something intense, informative, or funny, Netflix has got you covered Keep reading for the streamer’s best new movies coming in January.

Moving further into the month, the platform is also debuting completely original titles to beef up their already-stacked catalog of hits. Releases like The Pale Blue Eye and Dog Gone in particular are highly-anticipated releases featuring everyone from big-name stars to fresh faces putting out powerful performances that culminate in stand-out films destined for the Netflix Top 10.

Then rounding out the month are some truly diverse and compelling titles to look out for, namely the highly-anticipated Jonah Hill and Eddie Murphy-led romantic-comedy You People, and compelling Pamela Anderson documentary Pamela, a love story. What a way to start 2023!

Want to know what other eye-grabbing movies are dropping on Netflix in the next month? Keeping scrolling to check out our full list of what movies to watch on Netflix in January.

In addition to Bale and Melling, the film also stars Gillian Anderson, Lucy Boynton, Charlotte Gainsbourg, Toby Jones, Simon McBurney, Timothy Spall, Robert Duvall, and Gideon Glick, so be sure to catch their incredible work in this captivating new film this month on Netflix.

Co-written by Kenya Barris and Jonah Hill, You People is a buddy comedy that follows a new couple and their families as they’re forced to deal with family dynamics and navigating the sometimes rocky landscape of modern love. As if that doesn’t seem complicated enough, they are all further tested by societal expectations, clashing cultures and backgrounds, and generational differences.

Stream You People on Netflix

Based on a heart-warming true story, this biographical family-drama follows a father (Rob Lowe) and son (Johnny Berchtold) as they are forced to overcome their fractured relationship in order to find the latter’s beloved dog, who went missing after the two were separated on the Appalachian Trail. The family’s coming together and earnest efforts swiftly spark a chain of moving events that exemplify everyday heroism and the goodness of humanity.

See pop culture icon Pamela Anderson as you never have before in this Netflix Original documentary that acts as an intimate look into the world-famous bombshell’s life story. From her youth as a small town girl in Canada to her eventual rise as an international sex symbol, actress, and model, this film delves into it all.

But even beyond that, Pamela, a love story humanizes and shows us another side of Anderson through depictions of her dedication to activism and motherhood, making for a truly unique viewing experience you won’t want to miss.

The Kings of the World follows five homeless friends from Medellín as they embark on a dangerous journey through rural Colombia to reclaim a piece of land that one of them was bequeathed in a will. The powerful action-drama film paints a moving picture of how marginalized peoples come together to create their own sense of belonging and family in a world that seems to want to keep them down and forgotten.

Stream The Kings of the World on Netflix

Educate yourself early in 2023 by catching this Netflix Original documentary film about the conflict between police and organized crime vying for control of Mumbai in the 1990s. Mumbai Mafia: Police vs The Underworld looks back at Indian history to explore how a crime boss and the gangsters under him ruled over the city uncontestedly until “encounter cops” stepped in, completely unafraid to brazenly kill their targets.

The two groups clashed, turning city streets into a battleground for power and influence that this film further unpacks by some of the people who were at the heart of the fight.

Stream Mumbai Mafia: Police vs The Underworld on Netflix

This gripping sci-fi thriller takes place in the 22nd-century, when the Earth has become so ravaged by drastic climate change that human beings are forced to leave it behind. But just because we’ve fled the planet doesn’t mean that peace and a better life are guaranteed, as civil war breaks out amongst the shelters housing survivors.

Scientists create the JUNG_E project, an effort to clone the brain of a legendary mercenary and military strategist in order to develop the ultimate A.I. combat warrior to end the fighting once and for all. But after 35 years pass with no progress, the project is abandoned with only one researcher still determined carry it out despite the difficult and risks.

How I Became a Gangster is a Polish crime-drama film that centers on an ambitious gangster as he works his way up the ranks of Warsaw’s criminal underworld in hopes of eventually taking his shot at the big time. But when his greed and desire to have it all grow too strong, his days as top dog show potential to end in a storm of violence and heartbreak.

Stream How I Became a Gangster on Netflix

This Hindi-language spy thriller takes place before and during the Indo-Pakistani War of 1971 and delves into the untold story of India’s greatest covert operation. Mission Majnu follows Majnu (Sidharth Malhotra), an undercover Indian spy who takes on a treacherous mission to expose a secret nuclear weapons program in the heart of Pakistan as a part of the war effort. Journey across the world and back through time by watching Mission Majnu later in January on Netflix.

But if he wants to date Ramona, Scott must first defeat each of her seven evil exes that include a Hollywood star, a powerful record executive, and a super-powered vegan, so needless to say, the guy has his work cut out for him. Will the power of love and the bass guitar prevail? Watch to find out!

In the spirit of the New Year, check out this award-winning 1996 romantic comedy-drama sports film all about fresh beginnings and personal growth. Slick sports agent Jerry Maguire (Tom Cruise) has a crisis of conscience that serves as the catalyst for losing his job an a world renowned company.

Determined to show his old workplace that he can still thrive without them, Jerry creates his own management firm but quickly finds that making it a success will be an uphill battle. Out of all of his former coworkers and clients, only single mother Dorothy Boyd (Renee Zellweger) and football player Rod Tidwell (Cuba Gooding Jr.) join him in his fight to make their business the success that Jerry knows it can be. Relive all the greatness by watching Jerry Maguire on Netflix this year.

Thu Jan 26 , 2023
We may earn revenue from the products available on this page and participate in affiliate programs. Learn more › Published Jan 18, 2023 1:26 PM Photographs hold a storied past, and preserving them well in dedicated photo albums can keep those memories intact for decades to come. While people mostly […] 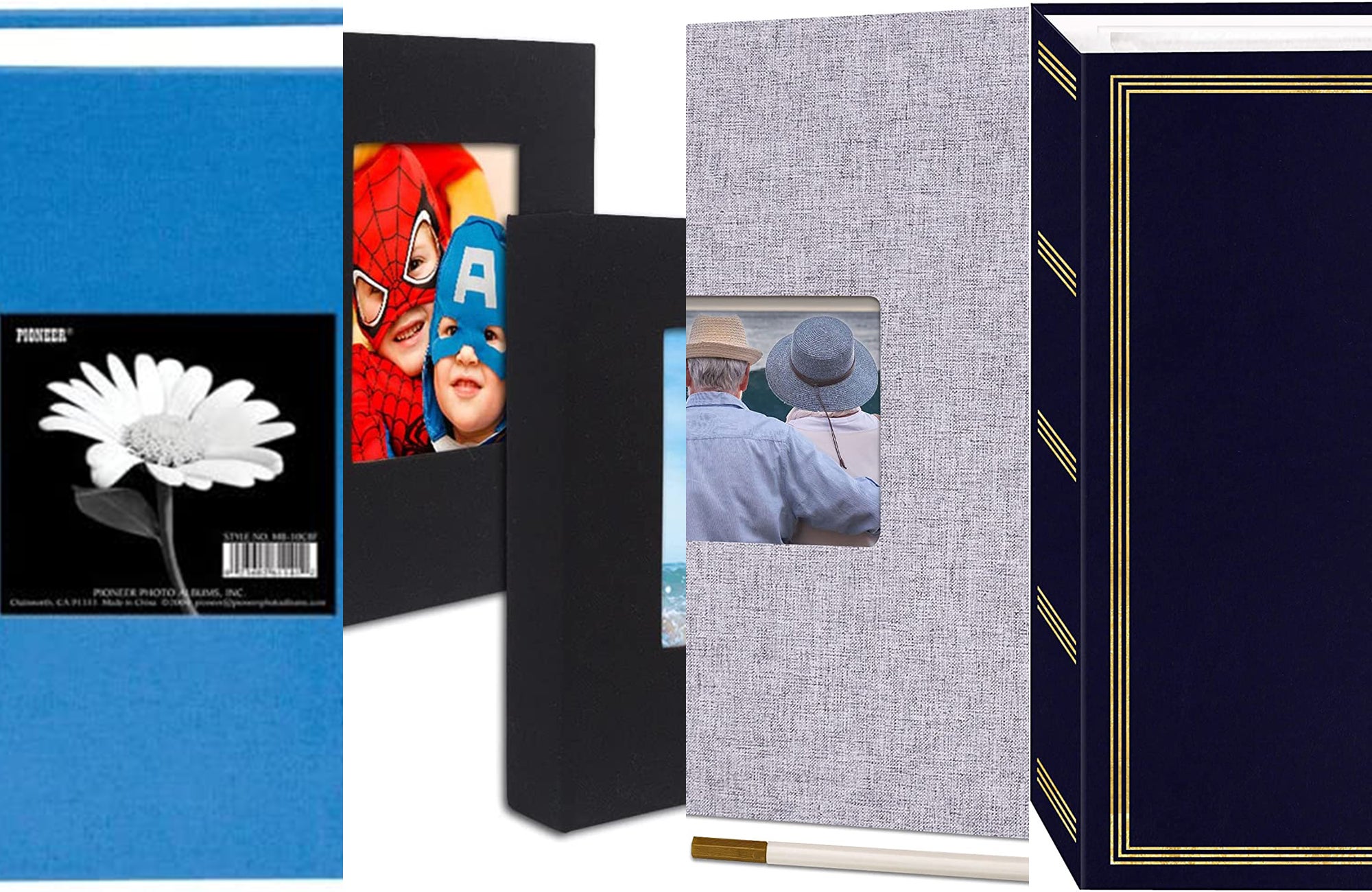